Considered one of the most desirable areas to live in Nashville, Green Hills is an affluent suburban enclave known for upscale brands and boutiques. Hidden within an inconspicuous strip mall is the famed Bluebird Cafe, home to both established and up-and-coming songwriters.

Home prices in Green Hills range from the mid 600’s into the millions. Green Hills is a short drive to downtown Nashville, I-440, as well as other desirable areas in the city, parks, event centers, and outdoor recreation.

Home Values vary greatly in this area because like other parts of Nashville’s urban core there is a great variety of ages, styles, and sizes of homes. Most homes are single family dwellings but there isn’t necessarily strong pockets of uniformity between construction styles. For instance, you could find a midcentury bungalow priced in the mid $600’s next to a pair of HPR “tall and skinnies” with higher squared footage priced in the millions. There is a strong offering of gated multifamily units as well as  single family dwellings. 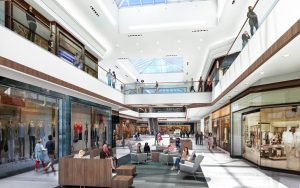 Green Hills Mall has completed a huge expansion. In addition to niche luxury brands like David Yurman Eileen Fisher Johnny Was and Gucci, the new expansion includes more popular brands like Forever 21 and American Eagle. Full Store Listings can be found at the Mall at Green Hills Website here.

Green Hills also has great offering for hotel accommodations if you’re visiting from out of town including the Hilton, Hampton Suites, Courtyard by Marriott, and Residence Inn.

If you’re looking for night life green hills has several late night options including: Corner Pub, Joes bar, and The Crows Nest. You’re also only 10 minutes from Broadway Street in Downtown Nashville as well as several other entertainment hotspots in the city including the Glutch, Demonbreun Street, Midtown, Westend and 21st Avenue.

Explore some of Nashville's Favorites 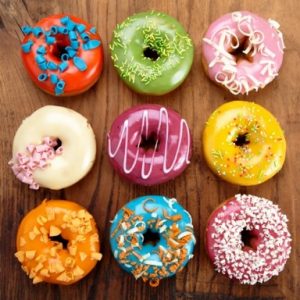 In addition to its modern luxury edge, Green Hills has some local hidden charm including fame songwriter venue, The Bluebird Cafe. The bluebird has long been established as the Nashville hotspot to see writer’s rounds and interact with some of country music’s most famous song writers. If your looking to meet the man or woman behind your favorite radio tune, definietly plan an evening here. Come early though as the line starts to build an hour before.  Another local favorite is sweet tooth sensation, The Donut Den. The den offers some old southern charm to an area that is fast growing and extremely upbeat and modern. Our favorite is the apple fritter!

There is a fair balance of independent boutique stores and well known brands represented in both retail and dining. Some of the local businesses in Green Hills have been in business for well over 3 decades and are still going strong today. This list includes bars, jewelry stores, salons, small dining, local markets, apparel, and laundry services.