East Nashville is one of the biggest draws to tourism in Nashville, second only to Broadway. If there was a section of the city seeping in arts and culture, its East Nashville. From the famous 5 points up to Inglewood, each cross street in East Nashville has some form of walkability to a bar, a local restaurant, an art shop, or a coffee house.

It could be easily argued most of Nashville’s growth beyond just being a “Country Music Town” should be credited toward the progress made on street corners of the east side. Its thriving restaurant scene has served as a gateway and example for others to follow. Whether your taste is pizza, burgers, custom hotdogs, BBQ, deli sandwiches, Cajun, Greek, Jamaican or yes, French Fine Dining, East Nashville has it all. It also has the largest concentration or independent coffee shops in the city as well as farm to table gastro bars, as well as plant based restaurant options.

In addition to its “hipness” East Nashville also has quite a bit of history, Its regal array of historic homes can be seen in certain key neighbors including: Historic Edgefield, Lockeland Springs, and East End.  Once a upon a time, East Nashville held Nashville’s strongest element of architecture before the great fire of 1916.

East Nashville still proves itself as a vibrant artistic area for progression in Nashville in all areas with a great mix of history, culture, small business and diverse culinary tastes! 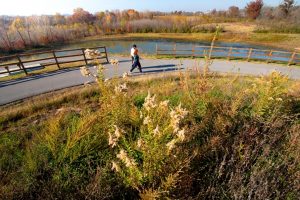 Shelby Bottoms Greenway and Nature Park is open dawn until dusk every day. 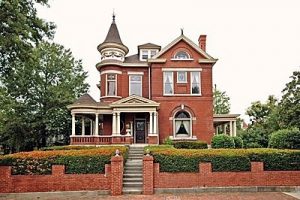 The Edgefield village became Nashville’s most exclusive suburb, with streets lined of commanding Italianate, Renaissance Revival, and Queen Anne homes. Some of these homes can still be found on Russell, Fatherland and Woodland streets, but most of these homes burned in the Great Fire of 1916. Streetcar suburbs formed in the Lockeland and East End areas as farmland and country estates were sold off and subdivided. A tornado also ravaged parts of East Nashville in 1933. In the 1950s and 1960s more neighborhoods were created and in the 1970s, when “urban pioneers” moved into the area and rehabilitated neighborhoods, also called gentrification.[3] It continues today with a booming real estate market and growing commercial district.