The Belmont Hillsboro area is filled with beauty and  rich history. In the 19th century, the area that would become Belmont-Hillsboro was part of the estates of Adelicia Acklen (Belmont) and Colonel A. B. Montgomery. The oldest sections of the neighborhood were subdivided in 1890 and 1891 and in 1901, the Belmont Land Company secured a franchise to operate a street railway line along Belmont Boulevard, accelerating the development of the area as a “street car suburb”. Development would continue for several decades, with some of the more southerly portions of the neighborhood developed about 1940.

Today, the street car lines are no more but the changes in taste and architecture remains evident. The mix of bungalows, cottages, American foursquares and tudors are common, though you will find examples of the prairie, eclectic revival and more contemporary styles as well.

Following World War II, as cars started to take over the street car lines a strong division of what had been first single-family homes transformed into multiple rental units. Many today that are rented out to college students for both Belmont and Vanderbilt University.

Around the late 1970’s to early 1980’s, large portion of the Belmont Hillsboro neighborhood was listed in the National Register of Historic Places protecting many of homes in contextual and historical overlays to continue to preserve many of the neighborhoods character and reputation.

The process of home renovation and restoration continues today, the sum of which, along with a wonderfully central location in Davidson County, have helped the area become a very desirable Nashville address. Belmont-Hillsboro is conveniently located just south of Downtown Nashville and is within minutes of Belmont University, Vanderbilt University, Sevier Park, hospitals, Hillsboro Village, 12South, and Green Hills.

The Belmont Hillsboro area continues to be an exclusive but expensive place to buy. Belmont Blvd alone is worth the drive to sight see some of the most beautiful homes in the city. There is a fair amount of new construction in the area but most homes are historic replicas. You won’t find many modern looking properties in this area if the Nashville Historical Commission has anything to say about it! 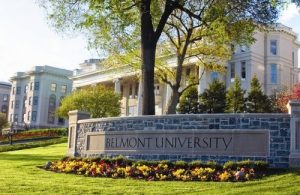 Belmont University has long been one of the Belmont areas mainstays of identity and higher education. The university originated in the founding of the Belmont Women’s College in 1890 by Susan L. Heron and Ida B. Hood. This school merged with Ward Seminary in 1913 and was known as Ward—Belmont College, which included both a junior college and college-prep (or high) school for women.

Today the original school (Mansion) it is owned by Belmont University but maintained by the Belmont Mansion Association, a non-profit group. The mansion is open for tours and features Victorian art and furnishings. The water tower, gardens, with surviving gazebos and outdoor statuary from the Acklen era, are part of the college campus. In 1991, the school became Belmont University.

Belmont University reputation and stature continues to grow. Belmont University offers bachelor’s degrees in over 90 academic majors in nine colleges with more than 25 master’s and five doctoral programs. Belmont and HCA created a health sciences consortium with local universities to alleviate the shortage of nurses and health care professionals in the local community, and provides students with shared office space and mentoring from faculty, local entrepreneurs and attorneys. Journalism students have gained work experience at The Oprah Winfrey Show, The Daily Show, CBS Evening News, and British Broadcasting Corp.

Belmont is home to the only AACSB International accredited Music Business program in the world.

In recent Yeats, Belmont also has expanded and acquiring  two other colleges in the Nashville area including  with Watkins College of Art, Design & Film and the O’More College of Design 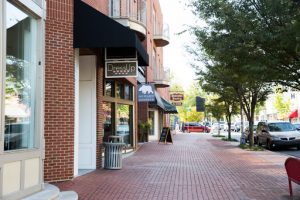 Conveniently located near Vanderbilt and Belmont’s campuses is an area on 21st avenue called Hillsboro Village, a section of 21st avenue with a large collection of shops, boutiques, restaurants, and coffee bars perfect for an afternoon stroll. Similar to 12 Avenue South, Hillsboro Village holds some businesses only specific to that area including the Belcourt Theater and the famous Pancake Pantry, which normally has a line wrapped around the building on the weekends for a hungry patrons ready to devour Pancake Pantry’s  large menu selection of pancakes and sweet favorites.